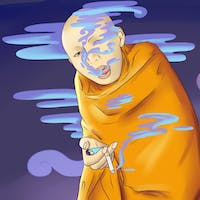 Subscribe to my newsletter and never miss my upcoming articles

A collection of our favorite pieces from the last year

A lot is happening in the world of Python. Support for Python 2 is ending and more and more companies are referencing Python in job descriptions as it continues to gain new libraries and more support.

Since there is so much changing so fast, we gathered some of our favorite pieces. We hope they help you with your Python programming journey!

Python 2 EOL: How to Survive the End of Python 2

On January 1, 2020, the 2.x branch of the Python programming language will no longer be supported by its creators, the Python Software Foundation.

Here’s what you can do if you’re stuck with Python 2 in what is fast becoming a Python 3 world.

What Do Companies Expect From Python Devs In 2019?

What skills do you need to succeed as a Python dev in 2019?

Asynchronous Programming in Python: A Walkthrough

When we talk about program execution, “asynchronous” means that the program doesn’t wait for a particular process to complete, but carries on regardless.

Python’s simple, easy-to-learn syntax can mislead Python developers, especially those new to the language, into missing some of its subtleties and underestimating the power of the diverse Python language.

Creating a Heatmap From Scratch in Python

The algorithm which will be used to create a heatmap in Python is Kernel Density Estimation (KDE). Please refer to QGIS Heatmap Using KDE Explained for more explanation about KDE and Heatmap Calculation Tutorial which gives an example of how to calculate intensity for a point from a reference point using KDE.

How to Build Your Own Neural Network From Scratch in Python

What Exactly Can You Do With Python? Here Are Python’s 3 Main Applications

“What exactly can I use Python for?”

Well, that’s a tricky question to answer because there are so many applications for Python.

Good news for Python developers, thanks to a new release of the already speedy PyPy interpreter that promises to be the fastest version yet.

If you’re programming using Python, an important choice is whether to run your code using the main CPython interpreter or an alternative such as PyPy, with each option having pros and cons.

How to Collect, Customize, and Centralize Python Logs

By Emily Chang and Nils Bunge

The logging module is included in Python’s standard library, which means that you can start using it without installing anything. The logging module’s basicConfig() method is the quickest way to configure the desired behavior of your logger.